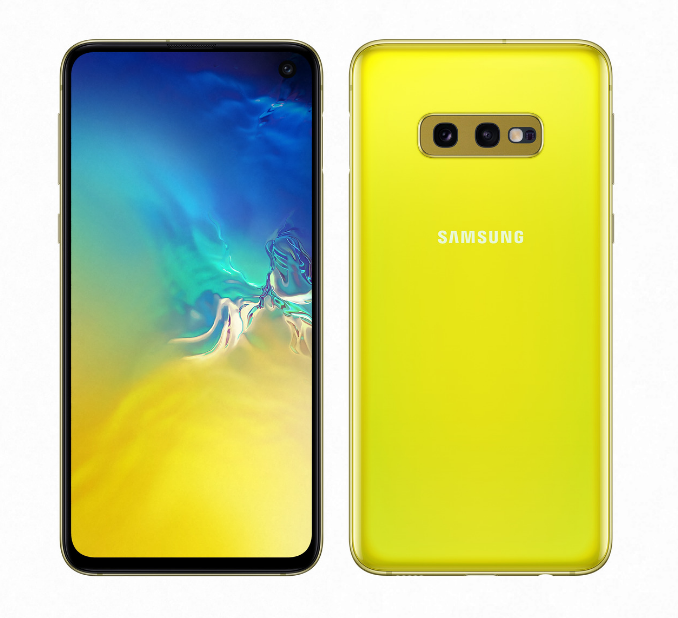 Now that you’ve bought your brand new Samsung Galaxy S10e with its punch-hole Infinity-O display, wireless charging, and OneUI software overlay, you’ll be wanting to protect the all-glass design from harm’s way by wrapping it on a case. We’ve done the legwork for you and scoured the internet to find the best protection you can get for your brand new phone, all you have to do is join us after the break. 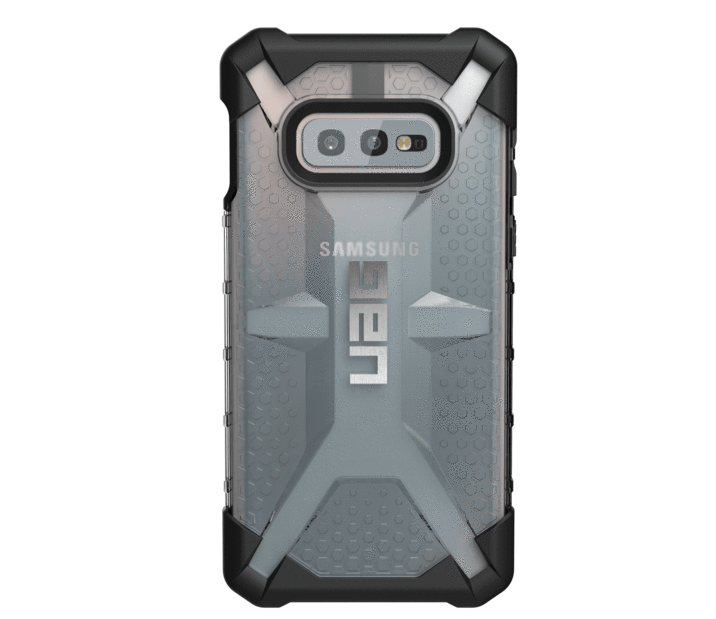 First up is UAG with its PLASMA Series case that is constructed from composite materials and offers feather-light protection. It’s shock-resistant inner core and tough outer shell to guard against scratches allows for easy access to ports and buttons. Compatibility with Samsung Pay and Fast Wireless Charging is maintained, and the case features scratch-resistant skid pads. Available in Ice, Ash, or Magma colors, you can grab the PLASMA Series case directly from UAG for $39.95. 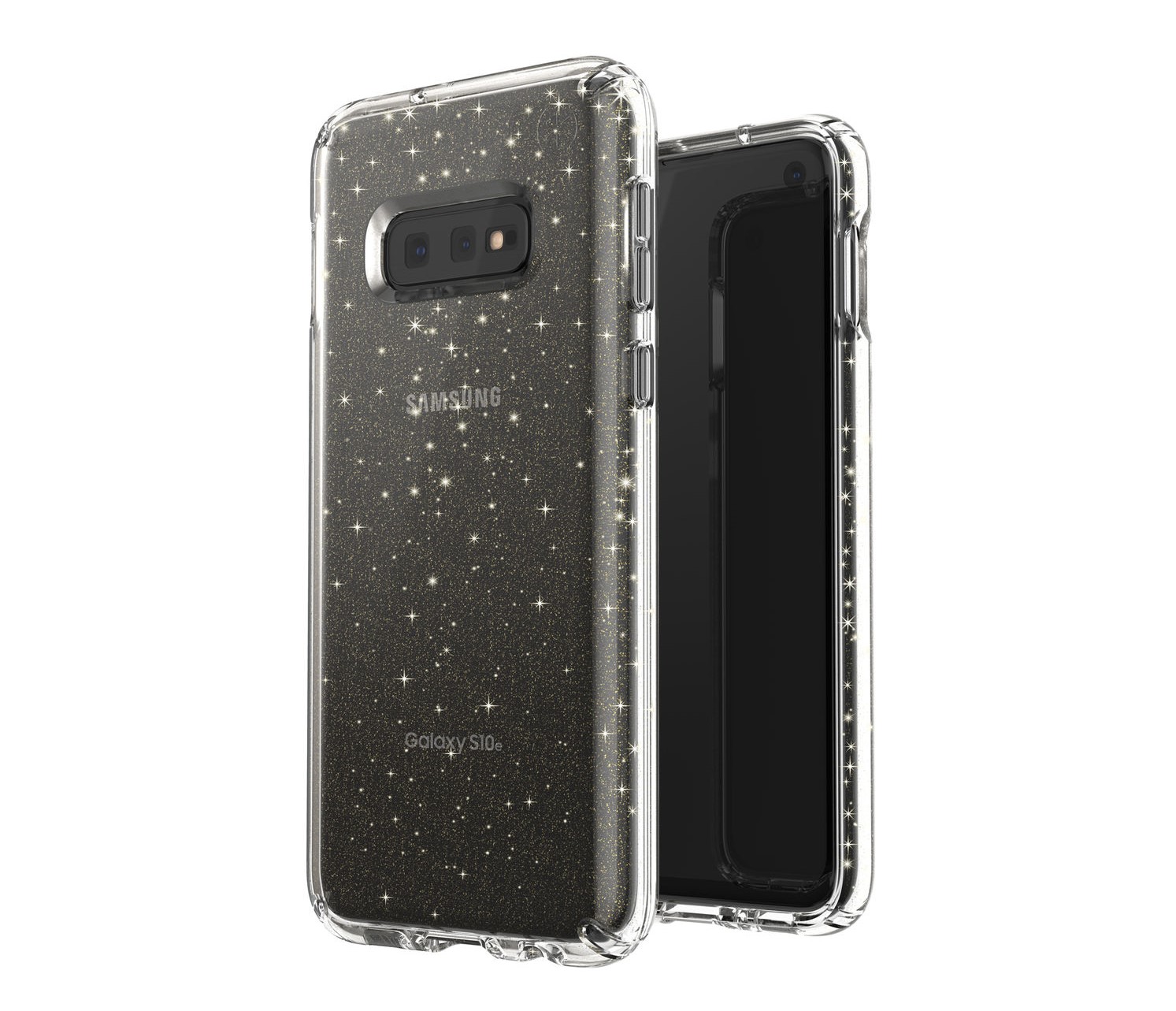 Speck’s Presidio Clear + Glitter case brings a touch of sparkle to the Galaxy S10e while maintaining a slim profile. Its dual-layer protection consists of an inner layer made of IMPACTIUM that absorbs shock and a polycarbonate outer shell that protects against scratches. The glitter crystals are embedded with the outer shell which means they won’t flake or fall off as time goes by. The Clear + Glitter case features raised bezels that protect the display when it’s laid on a flat surface and has undergone drop-testing as heights of up to 8-feet. The Presidio Clear + Glitter can be purchased directly from Speck in Clear with Gold Glitter or Pink with Gold Glitter for $44.95. 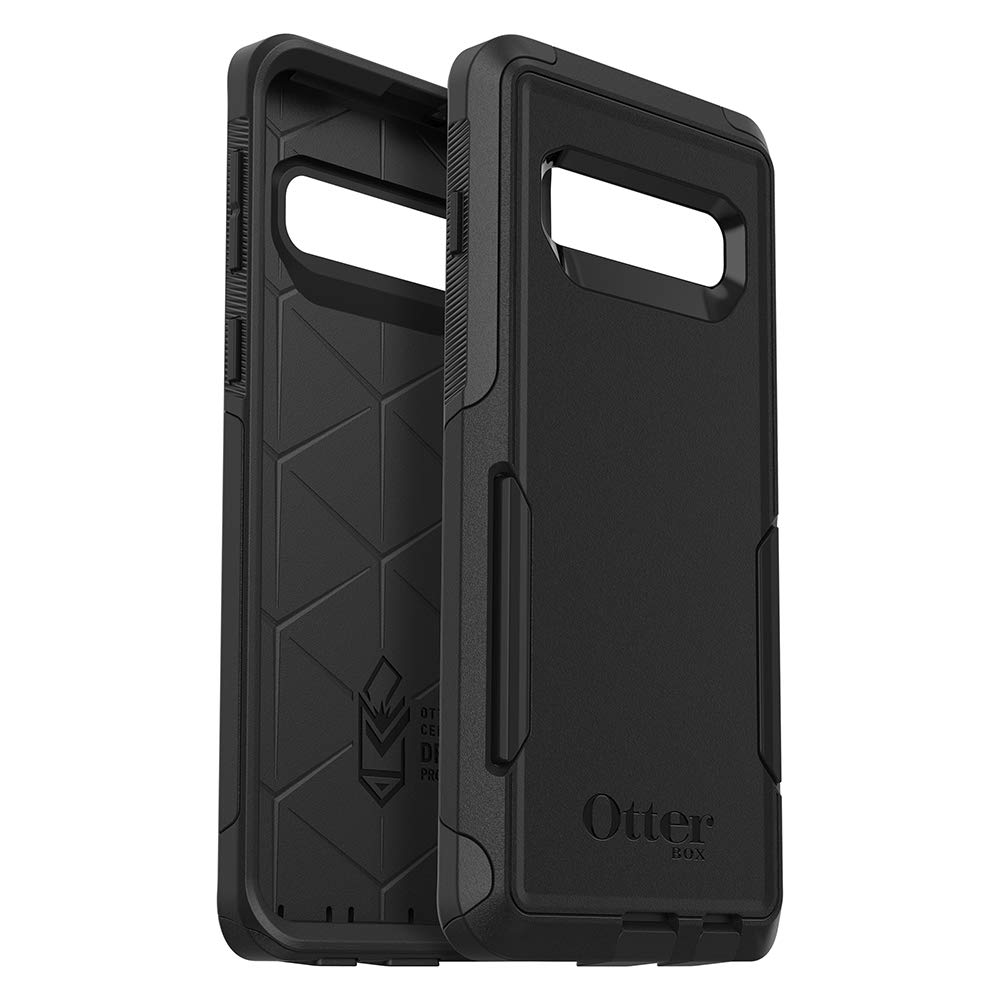 OtterBox is a brand that is renowned for its protective smartphone cases, and here it is with its Commuter Series case for the Galaxy S10e. The lightweight 2-piece case protects against drops, bumps, and shocks while its port covers block dust and debris ingress. The Commuter Series case carries a lifetime warranty and can be had in Black, Pink Salt, and Blazer Blue colors from Amazon for $39.95. 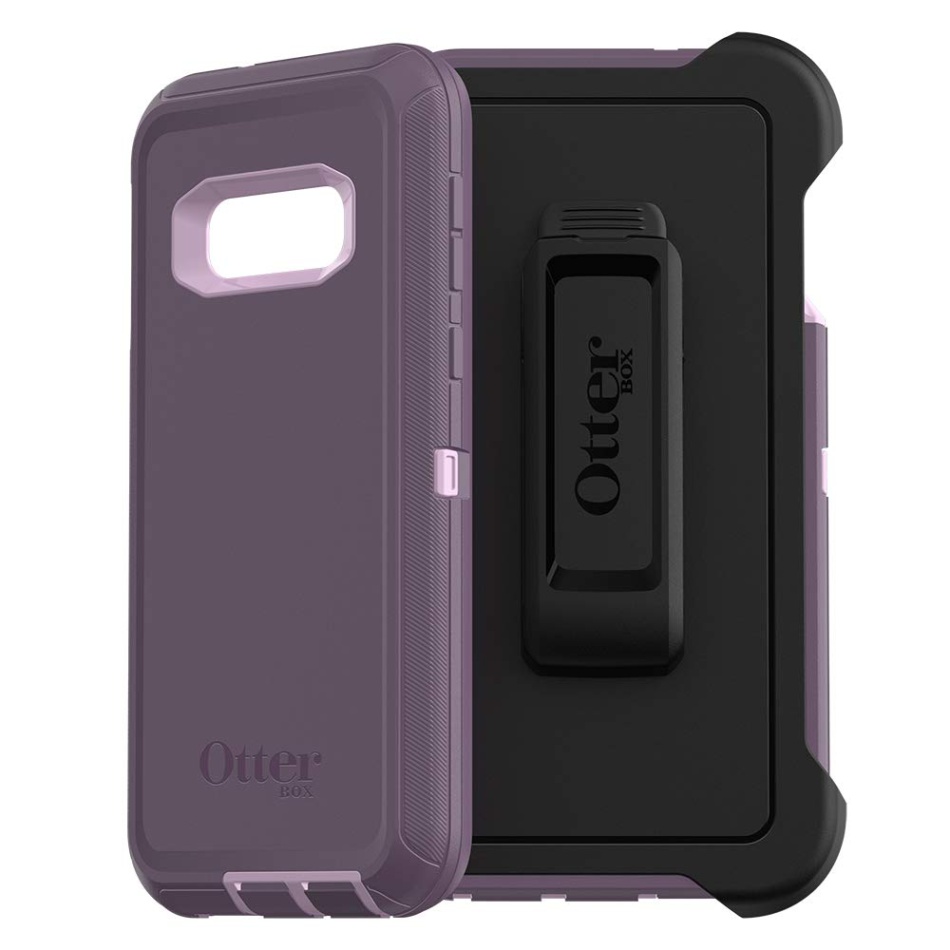 Edging further into the heavy-duty level of smartphone protection is OtterBox’s Defender Series case that boasts a solid inner layer and a soft outer cover to guard against life’s bumps and knocks. The port covers prevent dust from entering the phones’ ports while there is a built-in belt-clip holster that pulls double duty as a kickstand for hands-free media viewing. Available from Amazon for $59.95, the OtterBox Defender Series case can be had in Pale beige, Black, and Purple. 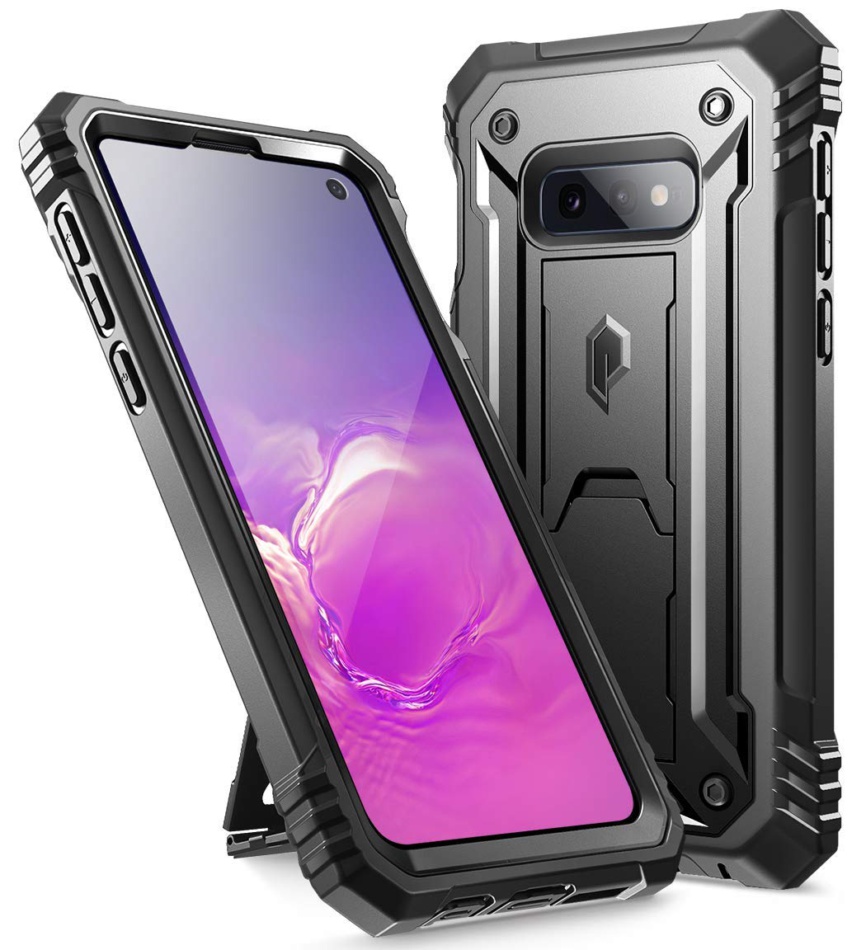 Keeping up the heavy-duty trend is Poetic’s Revolution case that protects the Galaxy S10e from every angle. Its outer shell is made from polycarbonate while the shock-absorbing inner is made of a flexible TPU material. There’s a built-in 3D curved screen protector that protects the screen from scratches and bumps while the case still allows the phone to charge wirelessly. The Revolution case from Poetic is available for $16.95 from Amazon in Black or Blue. 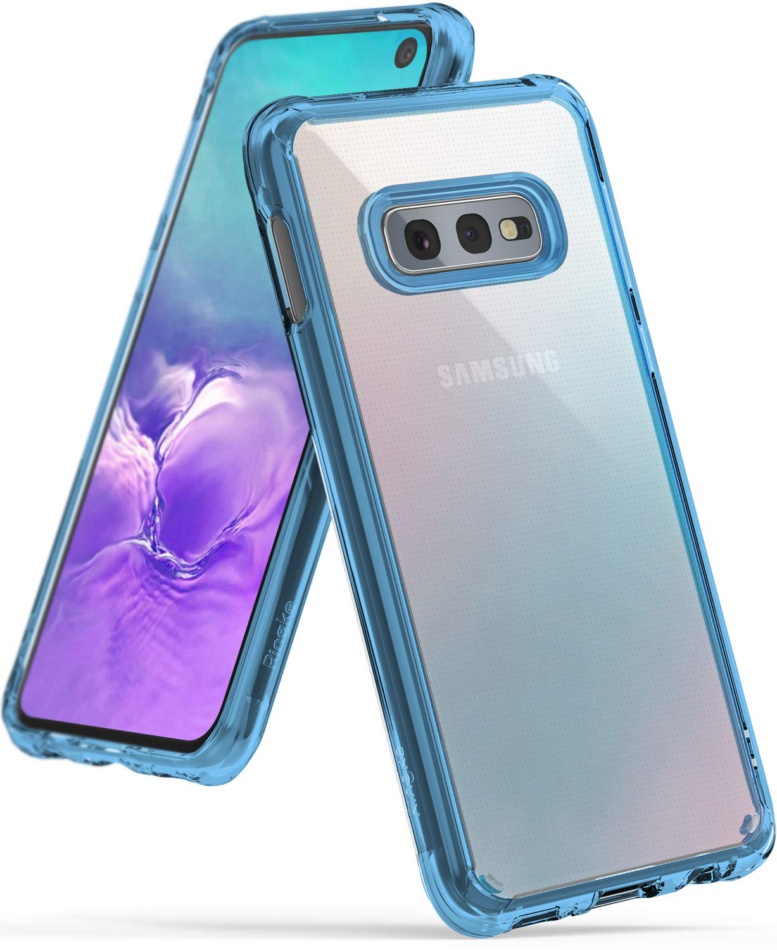 Ringke’s FUSION case provides dual-layer protection with its TPU inner that absorbs shocks from drops and bumps and a polycarbonate shell that guards against scratches. Each corner of the case is reinforced with robust bumpers which are also raised which allows phones to be easily lifted from flat surfaces. The case also features a QuikCatch lanyard hole to attach wrist or neck straps so as to secure the handset to your body. Available in Aqua Blue, Smoke Black, and Clear, you can order the Ringke FUSION case from Amazon for $11.99. 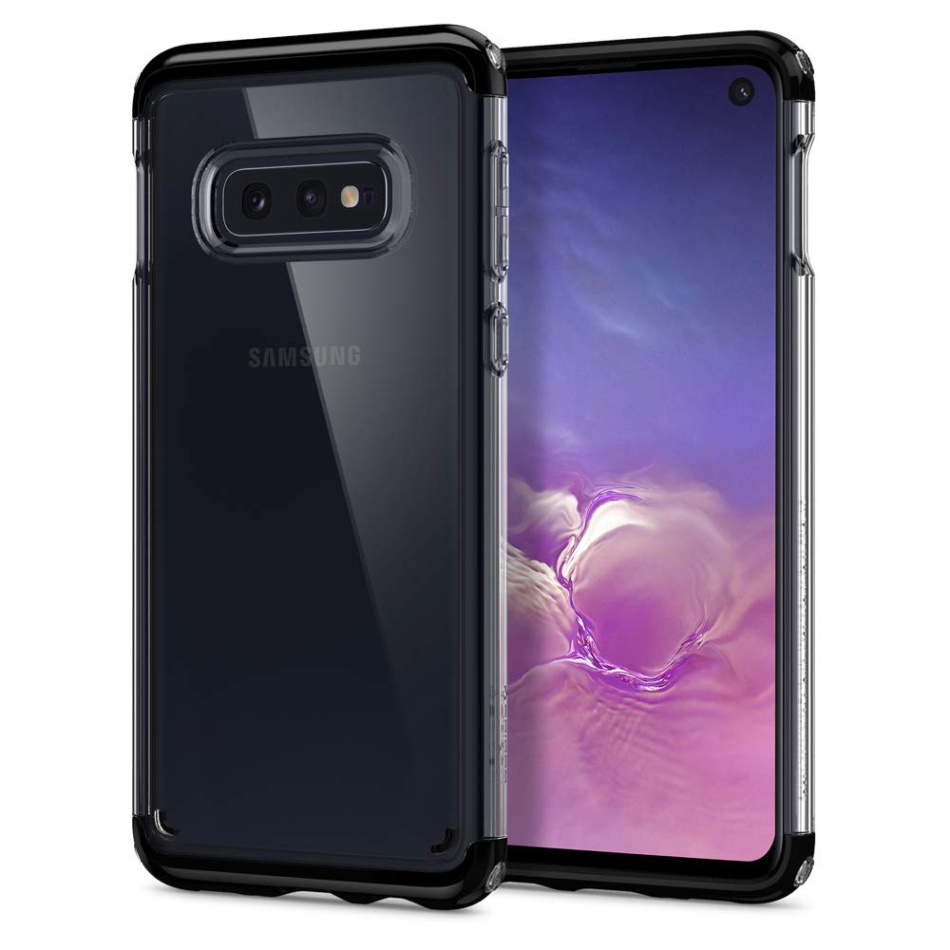 If a glittery case isn’t your style, perhaps the Neo Hybrid case from Spigen could be just what you’re looking for with its dual-layer protection and understated style. Featuring a hard outer shell and a shock-absorbent inner layer, the case also sports precise cutouts for easy access to ports and buttons as well as raised bezels that help protect the display when laid on a flat surface. You can grab Spigen’s Neo Hybrid case for the Galaxy S10e from Amazon in Black or White for $15.99. 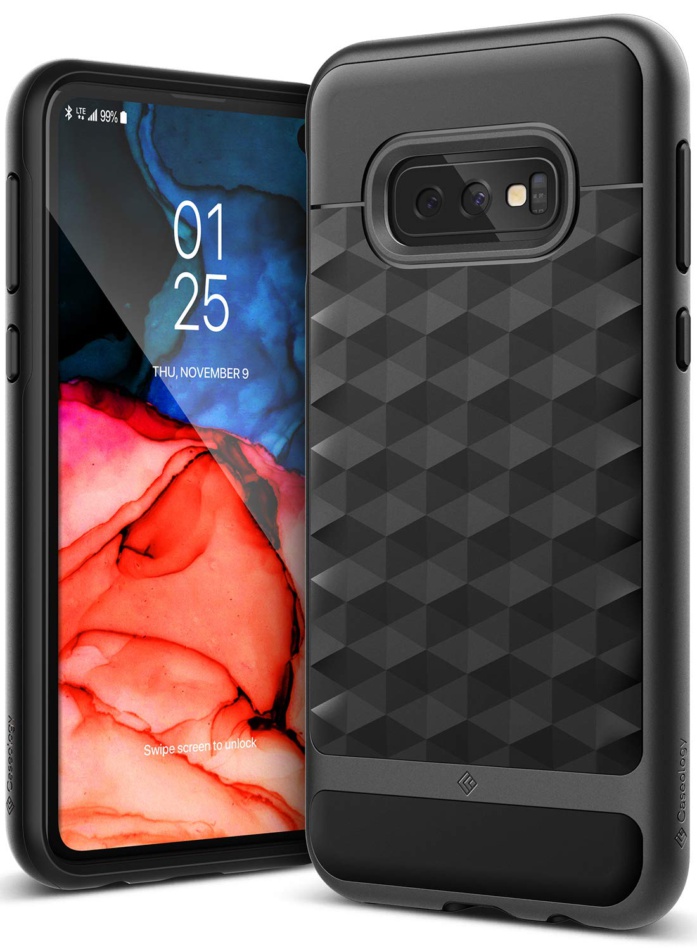 Bring a somewhat different aesthetic to the table is the Parallax case from Caseology with its award-winning 3D geometric design that provides enhanced grip and increased shock absorption. The outer shell is made of polycarbonate while the inner layer is constructed from TPU; buttons are protected by responsive covers and the raised lip helps protect the display when placed on flat surfaces. The Parallax case from Caseology costs $12.99 from Amazon. 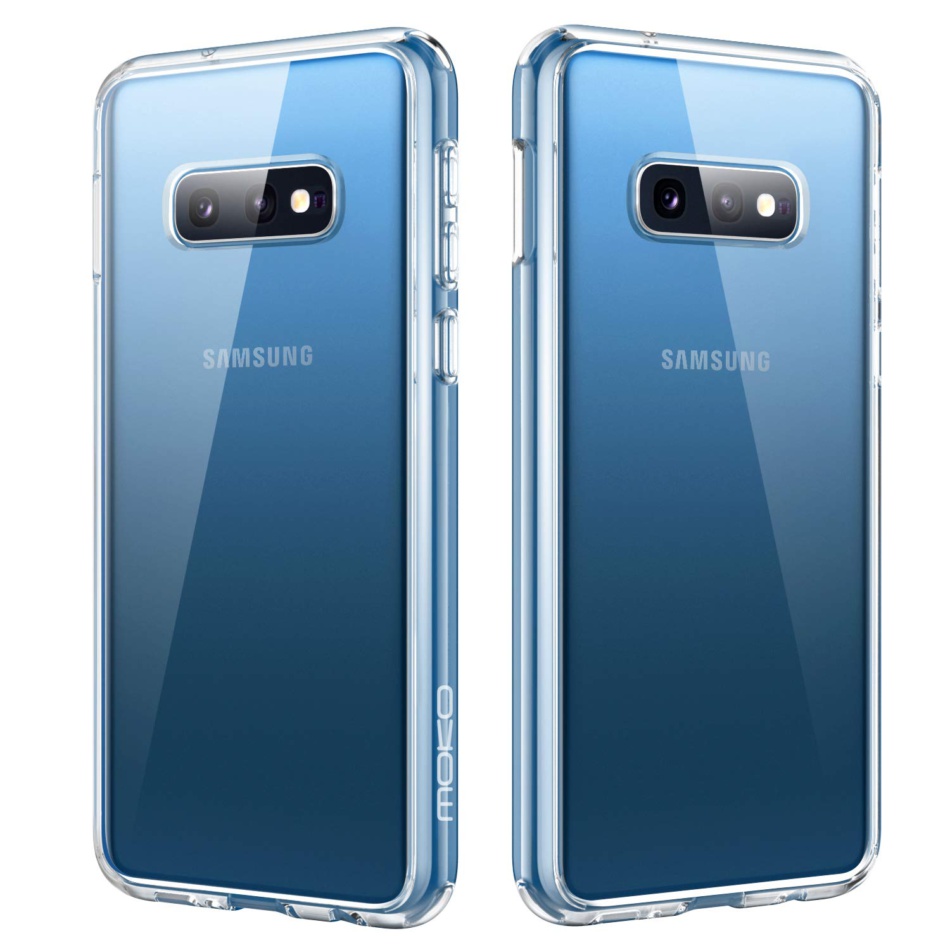 If you’ve bought the Canary Yellow version of the Galaxy S10e, you may want to take a look at the Shell Fit case from Moko that will allow all and sundry to admire the finish. Featuring a rigid polycarbonate rear panel and a flexible TPU bumper, the case sports sensitive button covers and easy access to ports. Available only in Clear, Amazon has Moko’s Shell Fit case priced at $10.99. 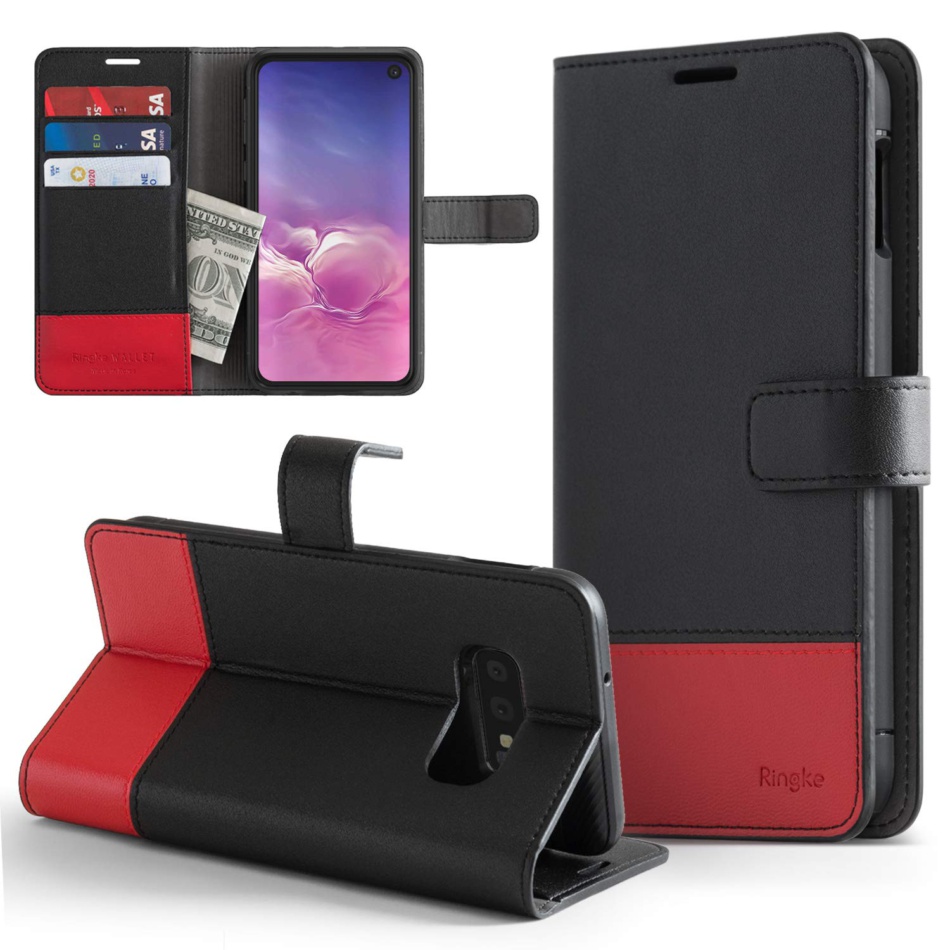 With added functionality such as card slots, a place to store your bank notes and an adjustable kickstand that aids viewing media content, the Wallet Case from Ringke provides all-around protection. Featuring a faux leather exterior and a TPU inner that grips the phone securely, the front flap has a magnetic clasp that keeps everything neat and tidy. The Wallet Case from Ringke is available from Amazon in Black and Red or Blue and Brown for $12.99. 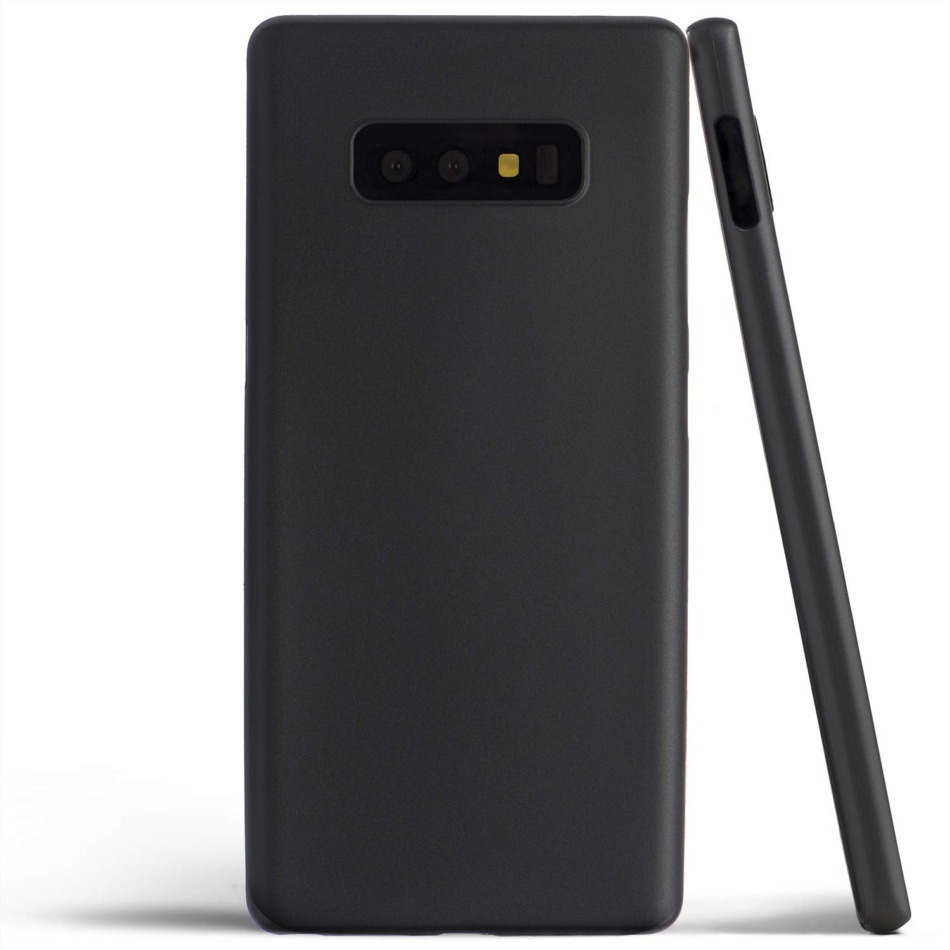 Featuring an ultra-thin profile of just 0.02mm, the Clear case from Totallee is one of the thinnest Galaxy S10e cases on the market. Pocket-friendly while protecting the phone, the case also features a raised edge that protects the protruding rear camera from harm when placed on a flat surface. The minimalistic Clear case from Totallee is available in Solid Black, Frosted Clear, and Clear from Amazon for $24.97. 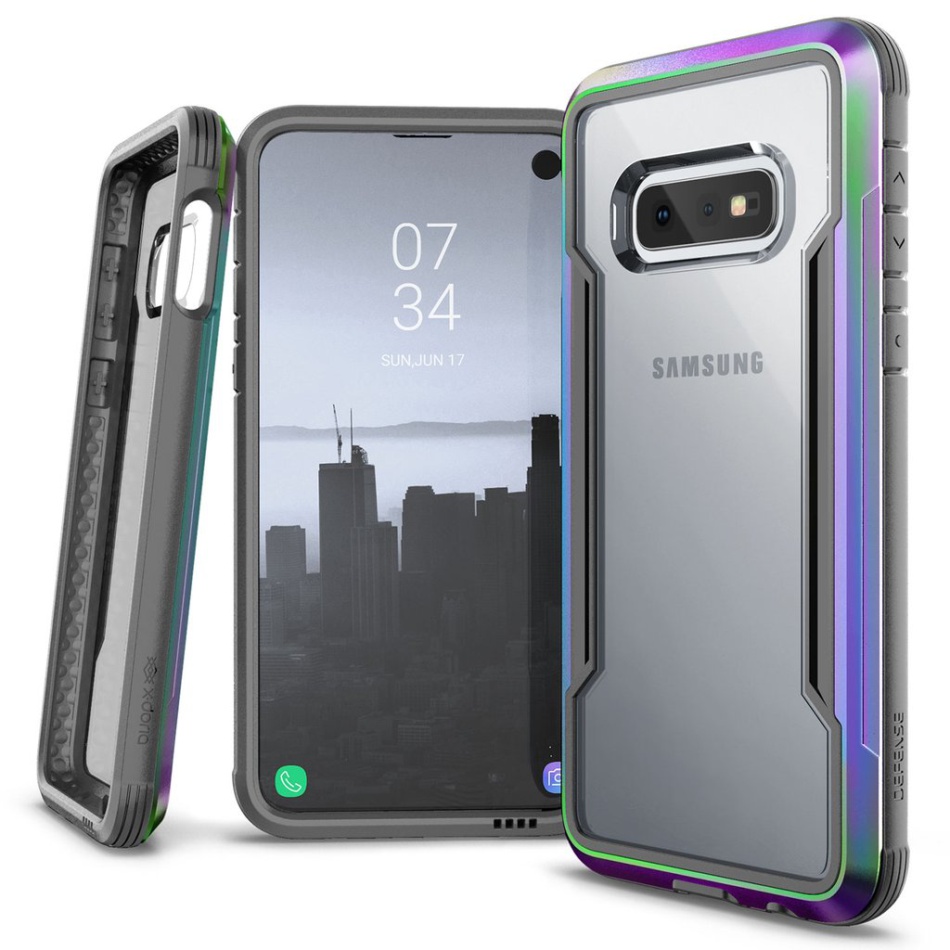 X-Doria’s Case Defense Shield features a durable machined aluminum bumper that protects the sides of the Galaxy S10e while the soft rubber inner layer absorbs the shock from bumps and knocks. The over-sized lip protects the display when it’s laid on a flat surface while the clear polycarbonate rear panel defends the phone from harm without hiding the phones’ aesthetics. Besides being certified to survive drops of up to 3 meters on a concrete surface, the case also features a lifetime warranty. Available in Red, Black, and the stunning Iridescent color shown above, the Case Defense Shield is available directly from X-Doria for $29.99.

Gear4’s Picadilly Clear case for the Galaxy S10e is drop tested up to heights of 10 feet and is made of the D30 protective material. It features a special UV scratch-resistant coating as well as beveled edges that protect the display when laid on a flat surface. Thanks to the D30 protective material, the case maintains the phones slim profile and is compatible with wireless charging. You can grab Gear4’s Picadilly Clear case from Amazon for $39.99.